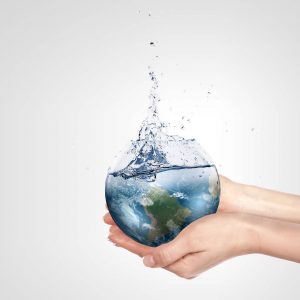 There is no question that clean water remains our nation\’s most valuable natural resource. It is not only necessary for providing drinking water and maintaining public health, but also for manufacturing, farming, fishing, tourism, recreation, and energy development. And while the need for an abudant supply of clean water impacts us all, the methods used by the Environmental Protection Agency (EPA) to protect our nation’s waters has come under heated debate.

In 1972, in an effort to protect our nation’s water supply, the US Environmental Protection Agency (EPA) enacted the Clean Water Act (CWA), which defined “Waters of the United States.” The Act provided protection to these defined streams, lakes, rivers, wetlands, and other waterways from the high levels of pollution to which they were being subjected. Since 2001, some of these waters and wetlands have lost federal protection due to misinterpretations and confusion over Supreme Court rulings in regard to which waterways fall under CWA jurisdiction. Citing our nation’s imperative need for clean water, the EPA and Army Corps of Engineers (Corps) determined that clarification of CWA jurisdiction was necessary.

The Report
On August 24, 2013, the EPA solicited public comment on a new draft science report titled Connectivity of Streams and Wetlands to Downstream Waters: A Review and Synthesis of the Scientific Evidence. Public comments received by November 6, 2013 will be provided to the Scientific Advisory Board (SAB), an independent peer review panel, prior to their December 16-18, 2013 meeting. The purpose of this draft science report is to provide compelling scientific evidence in support of a joint EPA/Corps rulemaking to increase protection of US water by clarifying the authority of the CWA. This clarification has been requested by many entities including members of Congress, state and local officials, industry, agriculture, environmental groups, and the public.

EPA and the Corps’ primary focus is jurisidiction over our nation’s network of smaller waters – waters that feed larger ones, and, according to EPA, need protection in order to keep our water safe from upstream pollutants. In addition, EPA and the Corps are including protection for non-drinking water wetlands, maintaining that these wetlands provide community benefits, such as pollution containment and filtering, water storage, flood safety, as well as economic benefits for US businesses, including energy producers and farmers, who rely on ample sources of clean water.

The EPA states, “This draft science report presents a review and synthesis of the scientific literature pertaining to physical, chemical, and biological connections from streams, wetlands, and open-waters to downstream waters such as rivers, lakes, estuaries, and oceans. This review of more than 1,000 peer-reviewed publications summarizes the current scientific understanding of the connectivity of small or temporary streams, wetlands, and certain open-waters, evaluated singly or in aggregate, and the mechanisms by which they affect the function or condition of downstream waters. The goals of the report are to (1) provide a context for considering the evidence of connections between rivers and their tributary waters, (2) summarize current understanding about these connections and associated downstream effects, and (3) discuss factors that influence the degree of connectivity or the magnitude of a downstream effect.”

The proposed rule maintains existing exemptions and exclusions, including those pertaining to agriculture and the production of food, materials, and fuel, as detailed below:

In addition to existing exclusions, the rule also proposes the following new exemptions:

In short, the report finds that all of the nation’s streams and most of its wetlands are connected and have biological, chemical, and physical impact on our nation’s rivers and lakes, and therefore fall under CWA jurisdiction.

Implications
EPA has stated that their final report will take into consideration all public comment as well as the findings of the independent peer review from their upcoming December meeting. When finalized, this report will provide scientific evidence on the connectivity of almost all of our nation’s waters, and will in turn pave the way for broad CWA jurisdiction, including over private property. While protection of our nation’s waters needs to be of primary focus, greatly expanded CWA jurisdiction will increase permitting burdens and significantly impact landowners across the country.