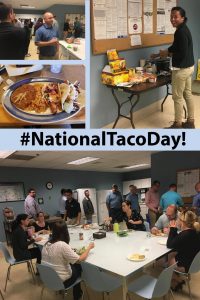 As a 100% employee-owned company, Tata & Howard has a unique culture that celebrates teamwork, efficiency, integrity, positivity, philanthropy, sustainability, and yes, even fun. ESOP Month is celebrated by ESOP companies throughout the United States in October each year, and it serves as an excellent reminder of the many reasons why being part of an ESOP is such an exciting opportunity. Throughout the month, employee-owners (EOs) participate in challenges, activities, educational sessions, and philanthropic initiatives that embody the essence of ESOP culture and serve to remind EOs of the incredible benefits realized by being part of an ESOP company. 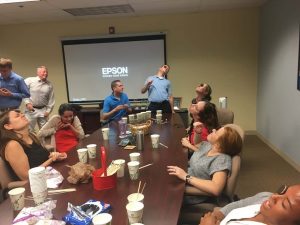 At Tata & Howard, our four ESOP committees – Communications, Green, Philanthropy, and Wellness – got together to plan a month’s worth of festivities. The month kicked off with cider donuts, cider, and coffee in all offices, after which EOs were sorted into houses, Harry Potter style. EOs will stay in their house for the month and houses will collect points based on participation and success in challenges. The house with the most points at the end of the month is declared the winner and receives the House Cup.

Our first challenge was a philanthropic initiative. EOs were asked to donate to Dana-Farber Cancer Institute, and the company offered to match all donations dollar for dollar. Both participation and total donation amounts were important; therefore, lots of pledging took place over the next week. The houses were evenly matched and only after some last minute pledging did Ravenclaw win for total donation, while Slytherin took home the participation prize. The most impressive statistic is that 80% of our EOs participated in this important event. The total tally after the company match was $6,650! 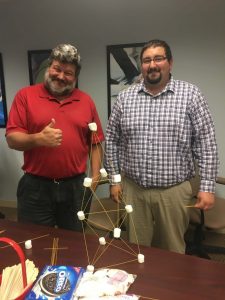 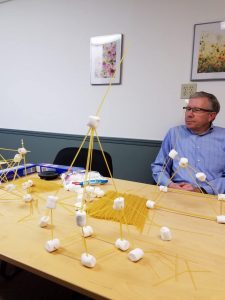 Also during week 1, EOs celebrated National Taco Day, which officially fell on October 4. Some offices had a taco potluck and others grabbed tacos from a local restaurant, but all offices enjoyed National Taco Day and spending some downtime together. 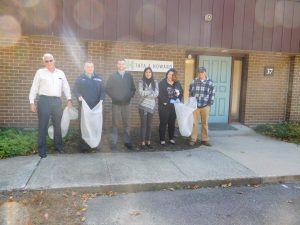 Week 2 brought on a whole new set of challenges. EOs participated in a “Minute to Win It” challenge that included building the tallest possible tower out of spaghetti and marshmallows in five minutes, and three one minute challenges including moving piles of index cards by sucking them up with a straw, moving marshmallows with chopsticks, and eating a cookie from one’s forehead without using hands. Needless to say, laughs abounded and we learned who eats a lot of ramen and who has experience with forehead cookie eating! Points were again awarded for both participation and winning challenges.

On Friday of Week 2, EOs headed outside at all offices to pick up trash in their local communities. It was a beautiful, sunny day and EOs were successful in cleaning up their areas while enjoying camaraderie. Only participation points were awarded since we couldn’t get any volunteers to weigh the trash collected. At the end of week 2, the standings were as follows:

Next week’s plans include a thank you note challenge and a paper airplane challenge, as well as our 25th anniversary celebration. Stay tuned for updates! 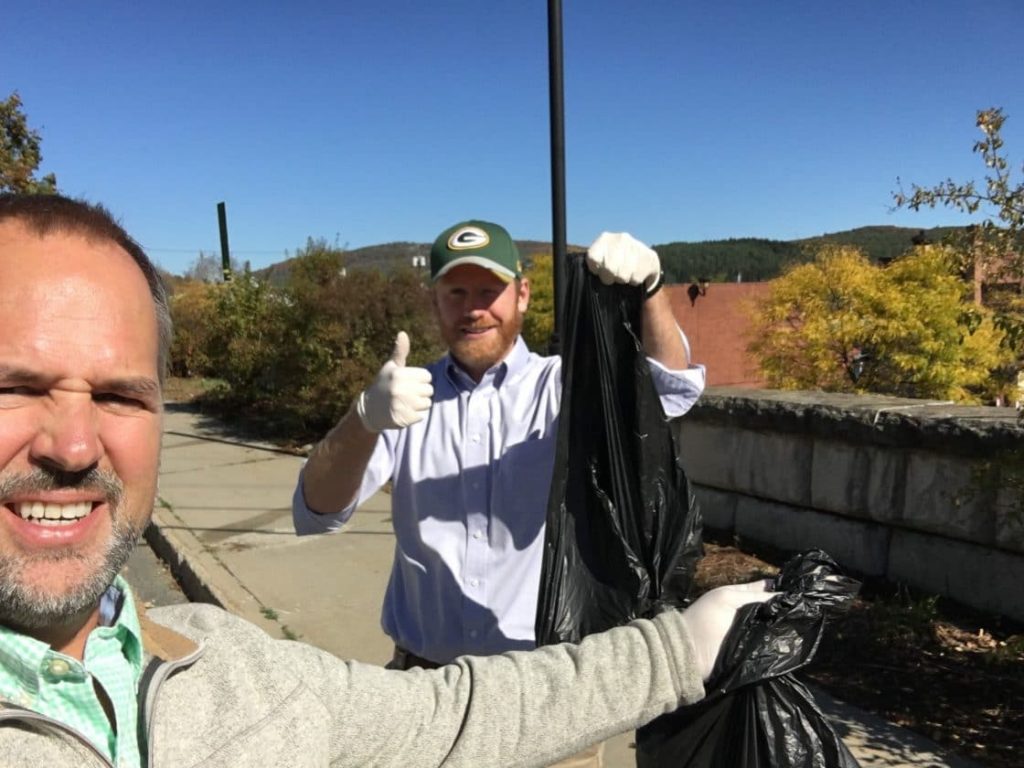