It is scary to realize how complacent our country has become in accepting crumbling infrastructure as the norm. Our international competitors are investing more in high speed rail, modern airports, and bigger shipping ports, while just about every few months, some kind of preventable catastrophic infrastructure event happens in America. Yet our leaders are still not spurred into taking decisive action.

That is why Tata & Howard has teamed up with hundreds of other groups around the country to participate in Infrastructure Week 2016. We’re raising awareness about the need to invest in infrastructure, which is the backbone of our economy, locally and nationally.

Every year America fails to adequately invest in our infrastructure, the United States becomes less competitive, our economy grows more slowly, and families and businesses lose valuable time and money. The goods we manufacture cost more when they get stuck on congested highways, rerouted around structurally deficient bridges, and stranded at outdated ports. Continued reliance on World War II era technology and airports that lack sufficient capacity cause U.S. consumers to skip travel, costing the economy tens of billions of dollars each year.

Particularly in the northeast, water and wastewater infrastructure has reached the end of its useful life. A water main breaks every two minutes, and we have seen the tragedy that can come from utilizing outdated technology, such as lead pipes in Flint, Michigan. And, our failure to invest in infrastructure ripples throughout the economy: for every $1 invested in infrastructure, $2 in output is created – putting our friends and neighbors to work.

Decades of underfunding and deferred maintenance have pushed our country to the brink of a national infrastructure crisis. And we have begun to accept preventable tragedies as normal, when they should in fact be entirely unacceptable: fatal mass transit accidents; deadly, poisonous drinking water; sickening gas leaks; levee-breaking floods; deadly pipeline bursts; and rivers contaminated with raw sewage. America’s poorly-funded infrastructure and transportation systems can be more than just inconvenient; they can be harmful to our health and safety. Importantly, all of these tragedies are preventable with adequate investment – they are not merely unfortunate accidents we must endure.

Every dollar we invest in infrastructure is an investment in our neighborhoods and our future. Because our roads are in poor condition and littered with potholes, U.S. drivers pay more than $500 in avoidable vehicle repairs and operating costs each year. In Connecticut, the areas of New Haven, Bridgeport, and Stamford have had 45% of their roadways rated “poor” by TRIP, a Washington, D.C.-based national transportation research group. Instead of wasting over 40 hours each year stuck in traffic jams, we could spend that time being productive.

Americans deserve a 21st century transportation network; modern aviation systems; safe, clean, reliable water and wastewater service; broadband access in every community; and, a freight network and ports that can keep pace in the global economy. To grow our economy, keep Americans safe, and maintain strong communities, we need all levels of government and the private sector to work together to prioritize the rebuilding of our nation’s infrastructure. 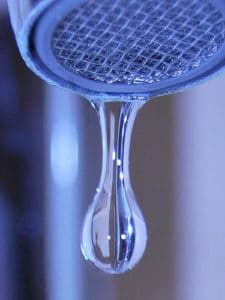 During Infrastructure Week, groups are coming together to recognize progress and leadership at the federal, state, and local levels – and there is much to celebrate. For example, communities throughout New England have been proactive in lead service line replacement, and the Massachusetts Water Resources Authority (MWRA) announced in March that $100 million in interest-free loans would be made available to its member water communities to fully replace lead service lines.

But our work is nowhere near complete. As we look to 2016 and beyond, closing our country’s trillion-dollar infrastructure investment gap demands a strong federal partner in funding large and transformative projects. We are going to need real collaboration between the public and private sectors to identify and implement innovative solutions. And leaders at all levels are going to need to finally wake up and commit to building a long-term, sustainable plan to invest in America’s infrastructure. There is too much at stake to fail at any of this. Infrastructure matters.