“Innovation distinguishes between a leader and a follower.” Steve Jobs

The concept of 3D printing is straightforward and easily understandable. 3D Printing is a new technology that can create objects from digital data. Just as a standard inkjet or laser printer transcribes data from a file onto a sheet of paper, 3D printers turn data into stunningly realistic models using a variety of media, such as silicon and metal. 3D printing is relatively inexpensive and is currently being used throughout the world for a broad range of industries. But before we look at its uses, let\’s answer the big question: how exactly does it work?

Technical Overview
In 1995, a new 3D printing technology, ZPrinting, was developed at the Massachusetts Institute of Technology. As in many other rapid prototyping processes, the part to be printed is built up from many thin cross sections of the 3D model. In ZPrinters, an inkjet-like printing head moves across a bed of powder, selectively depositing a liquid binding material in the shape of the section. A fresh layer of powder is spread across the top of the model, and the process is repeated. When the model is complete, unbound powder is automatically removed. Parts can be built on a ZPrinter at a rate of approximately one vertical inch per hour.1

For a visual on how 3D printing works, take a look at how Objet utilized 3D printing to commemorate the 100th anniversary of Fenway Park – which just happens to be where the 2013 World Series was recently won:

Specific applications in the Engineering Industry will allow engineering firms to better communicate with their clients:

Basic 3D printing has also become more affordable. Tata & Howard has this lamp that was printed on an $800 home printer: 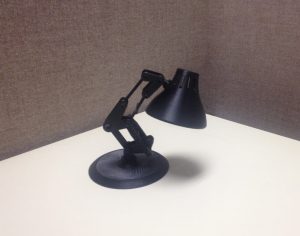 To better understand the broad capabilities of 3D printers, take a look at these innovations:

NASA
NASA is planning to launch a toaster-sized 3D printer into space next year to assist astronauts. Instead of bogging down the shuttle with an endless supply of tools and spare parts that will likely never be needed, astronauts will now be able to quickly print a spare part or tool that they might need on their mission. 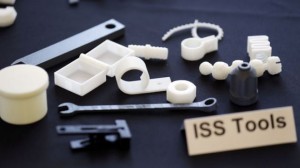 Prosthetics
Massachusetts father Paul McCarthy printed a working prosthetic hand on his son Leon\’s school\’s 3D printer at a cost of $10. A traditional prosthetic for Leon, who was born without fingers on his left hand, came with a hefty price tag of $20,000. With some research, a bit of CAD experience, and the tenacity of a loving father, Mr. McCarthy was able to find an affordable option using 3D printing technology. 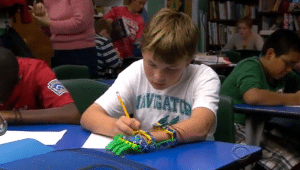 Nestle’s Chocnology
To celebrate the forthcoming release of Android\’s newest OS Android Kit Kat, Nestle-owned Kit Kat South Africa is hosting “Chocnology,” a delicious exhibition of 3D-printed sculptures designed by South African artists made out of yes, you guessed it, chocolate. To produce the artwork, a 3D printer that typically utilizes a plastic-based filament was manipulated to use chocolate as its base material, allowing the creation of intricate, edible sculptures. 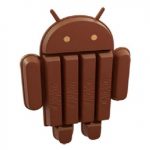 And it doesn’t stop there. Under consideration is utilizing a 3-D printer to create metal jet-engine turbine blades with air channels to allow for better cooling. Also, the medical industry has seen the advent of a cell printer. Functioning like an ink-jet printer, this cell printer sprays a precise stream of gel containing living cells. Early tests are looking to cell print a meniscus, the tissue that cushions the knee. And the list goes on.

In Conclusion
3D printing is indeed the wave of the future and is applicable throughout nearly every industry. However, 3D printer operation does require CAD experience and an understanding of 3-dimensional design. Therefore, it seems unlikely that 3D printers will be replacing the traditional household inkjet printer anytime soon. But in the hands of creative engineers with some CAD expertise – the possibilities are truly limitless.