Community water systems that serve more than 3,300 people are required to complete a Risk and Resilience Assessment as well as develop an Emergency Response Plan (ERP) under Section 2013 of America’s Water Infrastructure Act (AWIA) of 2018.

What is a Risk and Resilience Assessment?

Risk and Resilience Assessments evaluate the vulnerabilities, threats, and consequences from potential hazards, including:

With this new requirement, utilities must conduct the assessment and submit certification of its completion to the U.S. EPA by:

When do water utilities need to get their Risk and Resilience Assessments re-certified?

Your utility must review the Risk and Resilience Assessment and submit a re-certification to the U.S. EPA every five years.

What is included in an ERP for drinking water utilities?

ERPs are critical for drinking water utilities as they provide plans and procedures for responding to a natural hazard or malevolent act that threatens safe drinking water. Preparing and practicing an ERP can save lives, prevent illness, enhance security, minimize property damage and lessen liability. Included in the plan are actions and identified equipment that are necessary to lessen the impact of a natural hazard, including alternative water sources and the relocation of intakes and flood protection barriers.

When do water utilities need to certify completion of their ERPs?

When do water utilities need to get their ERPs re-certified?

Within six months of submitting the re-certification for the risk and resilience assessment, utilities must certify they have reviewed and, if necessary, revised, their emergency response plan.

Where can I find more information?

The U.S. EPA has a wealth of information on their website regarding these two new requirements. Use the links below to learn more.

Tata & Howard offers consulting services to assist water suppliers in completing the Risk and Resilience Assessment as well as update Emergency Response Plans to meet AWIA requirements. In addition, Tata & Howard offers flexible, one- and two-day training programs to assist water utilities and operators in obtaining the required ERP training. Training programs are approved for 7 Training Contact Hours by the MA board of Certification of Operators of Drinking Water Supply Facilities.

For additional guidance, assistance with meeting the AWIA requirements, or to schedule an ERP training session, please contact Michael Knox, Client Service Specialist at 508.925.7559 or by email at MKnox@TataandHoward.com.

The History of Fluoride

After the common cold, tooth decay is said to be mankind’s second most common disease. Because the mouth is a primary entryway into the body, bacteria caused by poor oral health, can easily enter the bloodstream and cause infection and inflammation wherever it spreads. From arthritis to dementia and cardiovascular disease to diabetes—all these ailments, and many more, have been associated with poor oral health. 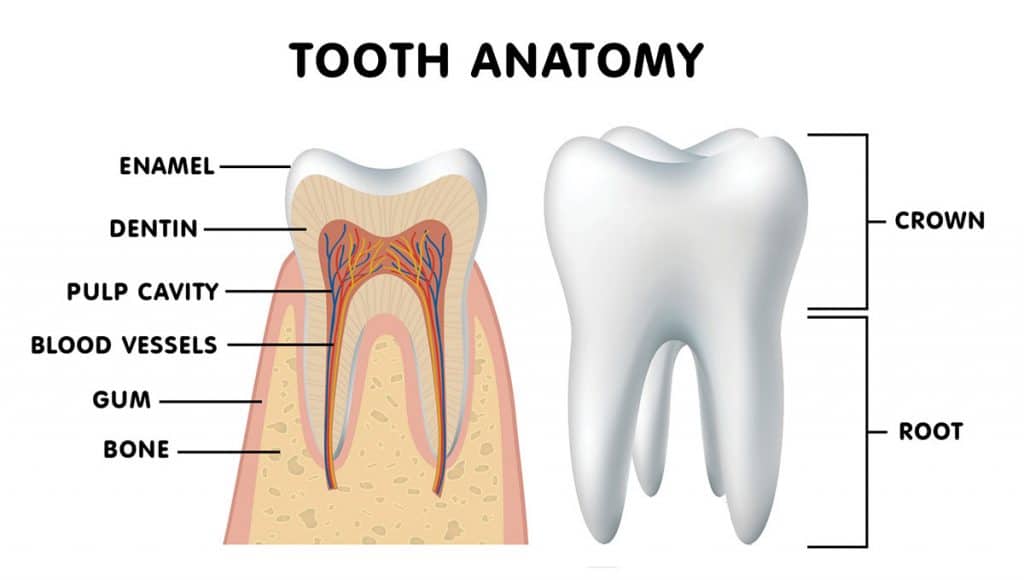 Even so, that millimeter of enamel making up the outer part of the tooth is the hardest substance of the human body and can outlast even the human skeleton when interred.  In fact, the oldest vertebrate fossil relics going back 500 million years are teeth. Despite these details, teeth can be surprisingly fragile and prone to decay.

Our teeth and gums, so often taken for granted, have until as recently as the mid-twentieth century, a very interesting and painful past.

Tooth decay is not merely a modern disease; scientists have discovered mankind has suffered from dental disease throughout history. During the early years of human history, evidence shows ancient hunter-gatherers did not suffer too greatly from tooth decay. Rather, the shift in poor oral health occurred with the transition to agricultural societies and the introduction of crops that were high in carbohydrates and sugars.  The consumption of these bacteria-causing foods destroyed tooth enamel.

That change in diet was the beginning of centuries of barbarous dentistry and a mouthful of pain.

Young or old, rich or poor—no one was immune to the ravages of toothaches, swollen bleeding gums, and tooth loss. It wasn’t until the reign of Louis XIV in the early 17th century, when fashionable society demanded—more for appearance than for eating—solutions for missing teeth. With that, Pierre Fauchard, who was to be called the “Father of Dentistry,” introduced a new era of dental care. He not only practiced more humane tooth extraction, he also developed the first dental drill and methods for filling cavities, learned to fill a root canal, and introduced a spring to the upper portion of his ivory-carved dentures to keep them in place. 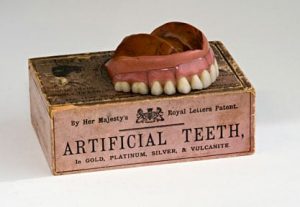 Still, with these advances in dentistry, tooth loss and decay persisted.  Since ancient times, it was widely thought that toothaches were caused by worms that destroyed teeth. It wasn’t until 1890, when a dentist named Willoughby Miller identified that tooth decay was caused by a certain type of bacteria that thrives on sugar, creating an acid that ate away at tooth enamel.

But preventing tooth decay was still a mystery.

Dentists in Colorado wondered why their patients had mottled, discolored teeth. The cause of the brown-stained tooth enamel, it was discovered, was from high levels of fluoride in the water supply. Dr. Frederick McKay, the dentist spearheading this research, found that teeth afflicted by the “Colorado Brown Stain,” as it was called, were surprisingly resistant to decay.

Fluoride, which is a component of tooth enamel, is also found naturally in many foods we eat and is detected in water supplies around the world—as it was in water supplies to the small Colorado towns of Dr. McKay’s research. At low concentrations, fluoride can be beneficial to healthy teeth. However, too much exposure can have adverse effects, such as dental fluorosis, which causes tooth enamel to become mottled and stained.

Fluoride in Water and Other Sources

By the early 1930s, Dr. H. Trendley Dean, head of the Dental Hygiene Unit at the National Institute of Health (NIH) began investigating the prevalence of dental fluorosis, and exposure to fluoride in drinking water. After considerable debate, on the afternoon of January 25, 1945, powdered sodium fluoride was added to the Grand Rapid’s municipal water supply in Michigan. 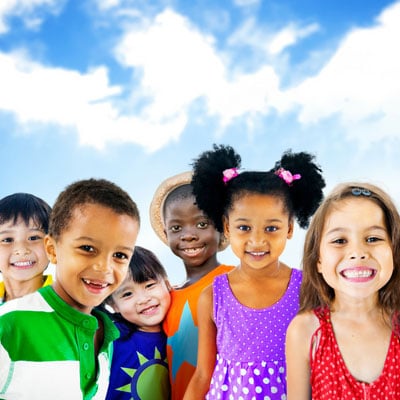 Dentists stress that fluoride strengthens the tooth enamel, making it more resistant to tooth decay and thereby can greatly help dental health. However, most people now receive fluoride in their dental products, such as toothpaste, gels, and mouth rinses.

The public can search the CDC’s My Water’s Fluoride website to research fluoride levels in their drinking water.

The United States government has recommended a lower level of fluoride in drinking water for the first time in 50 years.

The Department of Health and Human Services (DHHS) has suggested that public water supplies contain between 0.7 and 1.2 milligrams of fluoride per liter since 1962. However, on Monday, DHHS made an announcement that they now recommend that fluoride not exceed 0.7 milligrams per liter. The new recommendation has been in the works since 2011.

Two-thirds of American water utilities add fluoride to drinking water in an effort to reduce cavities. However, because fluoride is now found in so many other sources, including toothpastes and fluoride rinses, many people are receiving too much fluoride, which can result in fluorosis. Fluorosis causes tooth staining, from mild cases which produce white spots, to severe cases which produce brown spots and mottled teeth. Today, 41% of adolescents between the ages of 12 and 15 have some degree of fluorosis, and the number is rising. When the initial fluoride recommendation was made in 1962, fluoride was found in far fewer sources.

Fluoridation of water has come under fire recently, with experts weighing in on both sides of the argument. Deputy Surgeon General Rear Admiral Dr. Boris Lushniak supports fluoridation. “Community water fluoridation continues to reduce tooth decay in children and adults beyond that provided by using only toothpaste and other fluoride-containing products,” he commented.

But Dr. Philippe Grandjean, an environmental health researcher and physician at Harvard University, disagrees, stating that there has been insufficient research in recent years to support the benefits of widespread fluoridation. “We need to revisit those benefits to make sure that the old reports are still valid for the current fluoride exposure situation,” Grandjean stated.

Dr. Grandjean is one of a growing group who advocates only using fluoride topically, and to avoid swallowing it. He notes that fluoride produces the bulk of its benefits topically, and that ingestion exposes the internal organs to unnecessary chemical burden. Recent studies have suggested a possible link between drinking water fluoridation and ADHD, as well as hypothyroidism. Some Chinese studies have even suggested a link between high fluoride levels in drinking water and reduced IQ.

“I’d say it’s a reasonable concern that fluoride can affect brain development,” Grandjean says. “Lowering the recommended fluoridation level to 0.7 mg per liter is very well-justified. I would in fact recommend that the level be reduced even further,” stated Dr. Grandjean, adding that cavities have declined at similar rates in countries with and without public drinking water fluoridation.