World Soil Day, which was officially sanctioned by Thailand’s King Bhumibol Adulyadej in 2012, falls on December 5 each year, the same day as King Adulyadej’s birthday. Bringing together nations around the globe, World Soil Day led to 2015 being declared International Year of Soils. This special year, which has promoted soil awareness through events and education, will come to a close at FAO Headquarters in Rome, Italy, on World Soil Day 2015. To further illustrate the success of World Soil Day, this same day will also serve as the launch of the first ‘Status of the World Soil Resources Report’.

Why is soil so important? 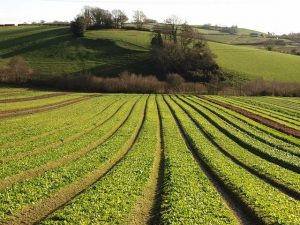 Only 15% of the Earth’s land is suitable for growing crops. With the rapid increase in global population, demand for food is on the rise and it has become more important than ever to maintain the health of the land’s fertile soil. In fact, over the past 40 years, one third of our world’s arable land has become degraded. Even more concerning, 75% of the degradation of the soil is considered severe. Contributing to the degradation is the practice of continual plowing of fields, excessive use of fertilizers, and deforestation.

Healthy soils not only provide the basis for our global food supply, they also hold far more water than unhealthy soils. The organic matter in soils acts as a giant sponge, holding about 20% of its weight in water. It also recycles nutrients that plants require, improving the health of plants and greatly reducing the need for fertilizers and pesticides. Because healthy soils hold so much water, they also reduce stormwater runoff, nutrient loading, erosion, and the need for irrigation. Healthy soils are a key contributor to the overall health of our environment, and they also provide significant cost savings to farmers, homeowners, and municipalities by reducing the need for chemicals, irrigation, and water treatment. Therefore, it is paramount that we protect the arable land that we have and try to increase the health of our soils. 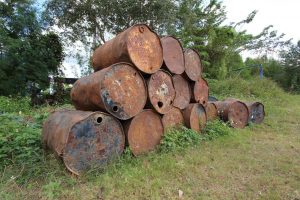 Soil contamination is caused by the addition of human-made chemicals to soil. The contamination typically exists as a result of leaking or ruptured underground storage tanks (USTs), pesticide application, contaminated surface water infiltration, landfill waste leaching, or direct discharge of oil, fuel, or industrial waste. The most common chemical contaminants are pesticides, petroleum hydrocarbons, solvents (such as those from dry cleaning operations), lead, and other heavy metals.

What we can do

There are many methods by which to protect our existing soils as well as to improve the health of degraded soils. To do this, we need to implement best land management practices including holistic farming methods, reduction in impervious surfaces, reforestation, and restoring wetlands. In addition, remediation of contaminated soils, particularly those in urban settings, greatly increases environmental health. 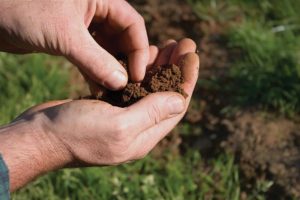 Fortunately, just as our water can be treated and cleaned, our soil can be remediated as well. Many contaminated sites can successfully be remediated with in-situ cleanup using soil vapor extraction, air sparging, bioremediation, and enhanced monitored natural attenuation technologies. Because our natural ecology is so interconnected, remediation of contaminated soils brings a myriad of environmental benefits including improved soil, air, and water quality, increased future arable land, and decreased virgin land development.

Besides soil remediation, which needs to be performed by licensed experts such as Licensed Site Professionals in Massachusetts and Licensed Environmental Professionals in Connecticut, there are steps we can take at home to improve soil. Planting intelligently within managed landscapes, increasing groundcover and vegetation, applying mulch and composts, retaining crop stubble, reducing tillage, and using organic fertilizers all contribute to improving the health of soil. In addition, Low Impact Development (LID) practices, typically utilized to manage stormwater, also help to save topsoil and improve the health of our soils. Installing rain barrels, planting rain gardens, utilizing permeable pavers, and disconnecting impervious surfaces are just a few of the ways in which we can do our individual part to save the world’s arable land.