Tata & Howard was pleased to participate in the 2021 NEWEA Sponsorship Program and is grateful to be a supporter of NEWEA each year. 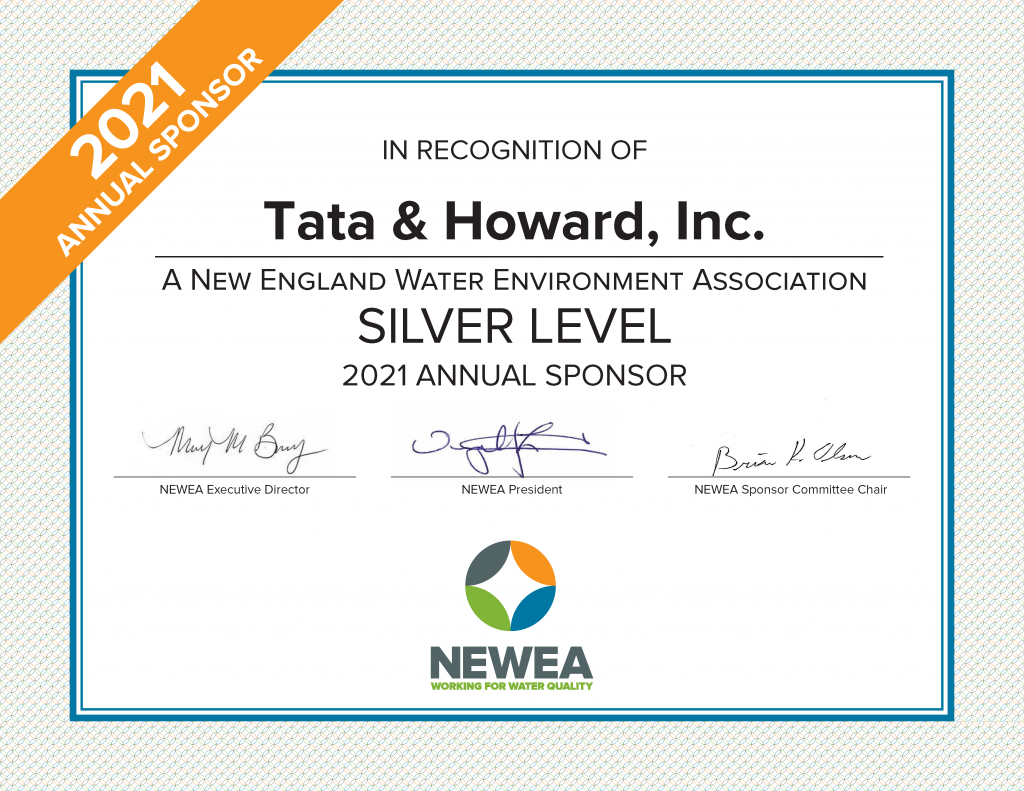 T&H Honored with NEWWA’s Sponsor of the Year Award

Tata & Howard was honored with the 2015 Sponsor of the Year Award from the New England Water Works Association (NEWWA), the region’s largest and oldest not-for-profit organization of water works professionals.

This year, Tata & Howard was a Gold level annual sponsor of NEWWA’s major events. T&H has also been sponsor of the Annual Golf Classic since its inception in 1993 and has also been a consecutive Spring Conference exhibitor. In addition, T&H has supported NEWWA’s publications through advertising in the Source Newsletter, Member Roster, and the Journal.