Robert Sims, Project Manager, and Wiktor Tomkiewicz, Engineer recently participated in the American Lung Association’s (ALA) Annual ‘Fight For Air Climb”, an event dedicated to supporting the mission of the ALA.

The American Lung Association works to save lives by improving lung health and preventing lung disease. Originally founded by volunteers 115 years ago with the end goal of eradicating the threat of tuberculosis, the ALA now focuses on defeating other respiratory diseases.

Their main strategic imperatives include:

By participating in the Fight For Air Climb, supporters are making a positive impact on those whose lives are affected by lung disease.

Robert and Wiktor created a team, Unum Montis, and raised $3,015 to support the ALA and to ‘climb for those who can’t.‘ Unum Montis was the 4th highest fundraising team, helping the organization to reach their $110,000 fundraising goal. 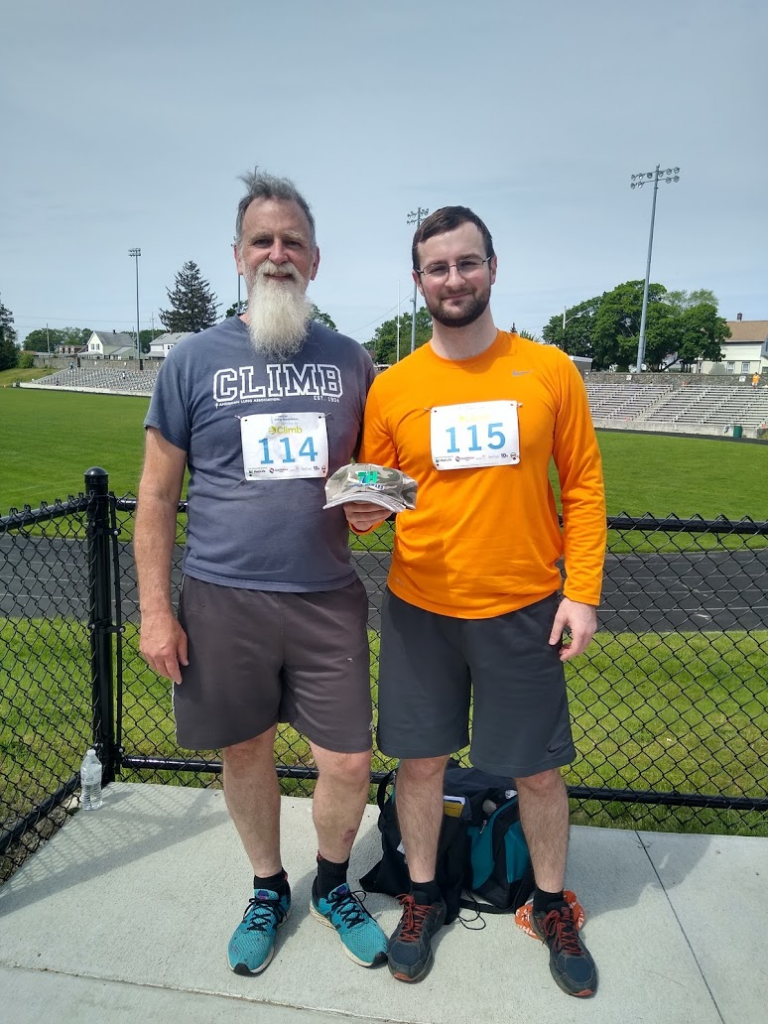 Team Unum Montis participated in the Providence, RI climb at Pierce Memorial Stadium on May 22, 2021. There were 350 stairs to climb (up and down) at the event, with ~ 700 steps in total, including the flat sections between stair sections, as well as the dash across the field.

The event times were logged by Racewire, and the results can be viewed here .

Congratulations to Robert and Wiktor! Tata & Howard appreciates and supports such a great cause.