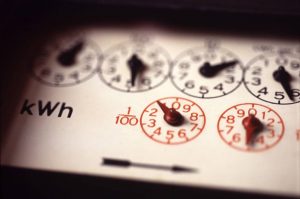 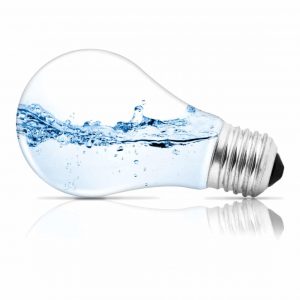 Very often, utilities can save substantially by increasing the efficiency of pumps and aeration equipment at water and wastewater treatment plants. In addition, operational changes such as proactively shifting energy usage away from peak demand times where electricity is most expensive, or generating electricity and heat from biogas, can greatly reduce energy usage. Water and wastewater utilities are not typically designed and operated with energy efficiency as a primary objective, as more pressing concerns such as regulatory requirements, capital expenditure, reliability, and securing funding typically take precedence. However, it is important not to overlook these systems when communities fund energy improvement projects, as significant energy and monetary savings can be realized through operational changes and capital improvement projects. And these savings make a big difference. Even a 10% energy reduction in our nation’s drinking water and wastewater systems would save about $400 million and five billion kWh annually, greatly reducing both the financial burden currently plaguing water and wastewater utilities as well as our impact on the environment.

But where to start? The first step towards making informed decisions that result in the highest return on investment (ROI) in the shortest amount of time is an energy audit. Since 2008, EPA has been actively working with water and wastewater utilities to help them become more efficient and to reduce operational costs, and one of the key steps in their process is an energy audit. A quality water and/or wastewater energy audit should focus on energy efficient equipment replacement, operational modifications, and process control that will lead to improved efficiency and cost savings with the shortest possible payback period, and includes processes such as conducting on-site observations, testing existing systems and equipment, monitoring power usage and costs, and developing strategies to limit demand charges.

As an example, Tata & Howard conducted an energy audit on the water production assets and distribution system of the Kachina Village Improvement District (KVID) in Arizona. During the course of the study, the well pumps and booster pumps were evaluated relative to their efficiency while the operational practices of the distribution system were reviewed. The results of the study indicated that the pump efficiencies ranged from 27% to 60%, and it was recommended that the KVID replace several low performing pumps. The cost of the upgrades was $136,000 and the project would be eligible for a $20,000 rebate from Arizona Public Service (APS). With the upgrades, KVID would save approximately $23,000 in annual power costs, resulting in a projected ten-year savings of $114,000 and a payback period of five years.

Allocating the resources and time to conduct an energy audit and implement the required capital improvements and operational changes can produce significant benefits. Energy audits can pinpoint the most energy-consuming equipment, detect issues with aging equipment, and expose operational issues, as well as determine which upgrades would result in the best ROI. The result is a well-defined, defendable plan of action that will result in optimal energy savings.