Manganese is an element that occurs naturally in the earth’s crust and is present in rocks, dirt, water, and particulate in the air. It is also used in the manufacture of steel, ceramics, glass, and fertilizer, and is found in low concentrations in 95% of public water supplies. An essential nutrient, manganese is required in healthy diets and can be found in plant-based foods such as nuts, grains, and beans. While studies suggest 2.5-5.0mg/day is considered a sufficient and safe intake for adults, recent reports have indicated that excessive exposure to manganese can potentially cause serious health issues.
Health Issues Surrounding Manganese in Drinking Water
There is conclusive evidence that long-term exposure to high concentrations of manganese in drinking water is associated with toxicity to the nervous system, producing a syndrome dubbed Manganism, or “manganese-induced Parkinsonism,” because of its symptomatic similarity to Parkinson’s disease. Some of these neurological symptoms include muscle tremor and rigidity, difficulty walking, impaired speech, and reduced motors skills. Also, manganese toxicity can produce neurobehavioral symptoms such as mood changes, short-term memory loss, and slowed reaction time. The elderly are particularly susceptible to manganese toxicity, likely because of normal nervous system decline combined with years of environmental toxin accumulation. 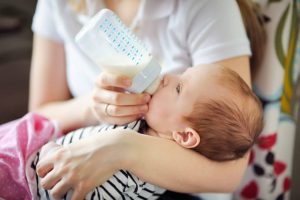 Infants and very young children are also particularly susceptible to manganese toxicity for different reasons. Their bodies do not break down manganese as easily as older children and adults, so they absorb more of the element. In addition, they excrete less of it, so excessive manganese concentrations affect them more. Formula-fed infants are most at risk since manganese-fortified baby formula is typically prepared with municipal well or tap water which also contains manganese. Therefore, these babies receive a higher concentration than does the rest of the family, while their small bodies requires less.
Recent studies on children who have been exposed to high levels of manganese in water indicate that brain development is affected. Results from these studies show that these children scored significantly lower on intellectual tests, suffered from learning difficulty and memory issues, and often exhibited hyperactivity and behavioral disorders such as Attention Deficit Disorder (ADD) and Pervasive Developmental Disorder (PDD).
Although not necessarily caused by manganese in drinking water, high manganese exposure has been found to cause more significant problems. Interestingly enough, high manganese exposure has long been associated with violent behavior, and there have been many studies performed on prisoners with results indicating that manganese toxicity contributes to delinquent behavior. Three studies conducted in the California prison system on inmates incarcerated for violent behavior found that these inmates had much higher concentrations of manganese in their hair than did the control groups. Another study performed in Australia found significantly high levels of manganese to be a common factor in autopsies of several mass murderers. Excessive manganese decreases serotonin function and reduces dopamine levels, resulting in social withdrawal combined with increased depression and aggression. While these studies on criminal behavior are certainly disturbing, there is no need to panic. Manganese toxicity at these levels are more likely from manganese inhalation, which is far more toxic than manganese ingestion, as the liver is unable to filter out inhaled manganese.
Guidelines for Manganese in Drinking Water

Manganese is found throughout New England water supplies, and becomes evident in drinking water at concentrations over 0.05 mg/l by imparting an unpleasant odor, a sharply metallic taste, and brownish-yellow discoration. For this reason, the United States Environmental Protection Agency (EPA) has set a Secondary Maximum Contaminant Level (SMCL) of 0.05 mg/l. In light of the recent studies indicating health risks, many states have chosen to regulate manganese. The Connecticut Department of Public Health (CT DPH) has set an Action Level of 0.5 mg/l, whereas Massachusetts has set an even lower regulatory limit of 0.3 mg/l due to concerns over manganese exposure in formula-fed babies under one year of age.
Manganese Removal Options

For public water supplies, many treatment options are available, and the best treatment option for a particular water supply is fully dependent on a number of factors including manganese levels, the presence of other contaminants, and existing treatment methods. The most common treatment is oxidation followed by filtration. The oxidant converts soluble manganese to an insoluble, filterable form while killing any disease-causing bacteria, and the filter then removes the insoluble particles from the water. While the treatment technology seems simple, both the source water and treated water must be monitored to determine both proper oxidant dosage and if the oxidation was successful. The most common chemical oxidants utilized today are potassium permanganate, chlorine, and ozone. After the water is treated with a chemical oxidant, it must be filtered using media, membrane, or biological filtration. Media filtration technologies include GreensandPlus, LayneOx®, and Granulated Activated Carbon (GAC); membrane filtration technologies include microfiltration, ultrafiltration, and nanofiltration; and biological filtration technologies include Mangazur®. 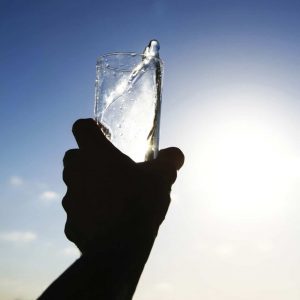 For homes with private wells, a whole house treatment option is typically recommended in order to preserve plumbing fixtures. One treatment technology is oxidation-filtration and consists of permanganate or chlorine feed for either batch or continuous pre­oxidation along with a manganese dioxide-based catalytic filter. The other treatment, most often used when hardness is also present, is a softening system with a cation exchange. Both systems cost approximately $1,500-$3,000 for initial installation, with $100 annual maintenance. Oxidation-filtration maintenance includes the ongoing purchase of permanganate or chlorine pre-treatment, whereas softening systems require the ongoing purchase of salt pellets for backwashing.