The water main was identified as a priority in the 2016 Capital Efficiency Plan prepared by Tata & Howard and will provide improved water quality, distribution pressure, and fire protection.

Tata & Howard assisted the City with maximizing the NHDES SRF Loan with the City’s paving program funds to fully reconstruct 9,000 linear feet of New Hampton Road as part of the project.

Park Construction Company of Fitzwilliam, NH was the General Contractor for the project which was initiated in March and completed on time in November of 2020 following all recommended Covid-19 protocols. 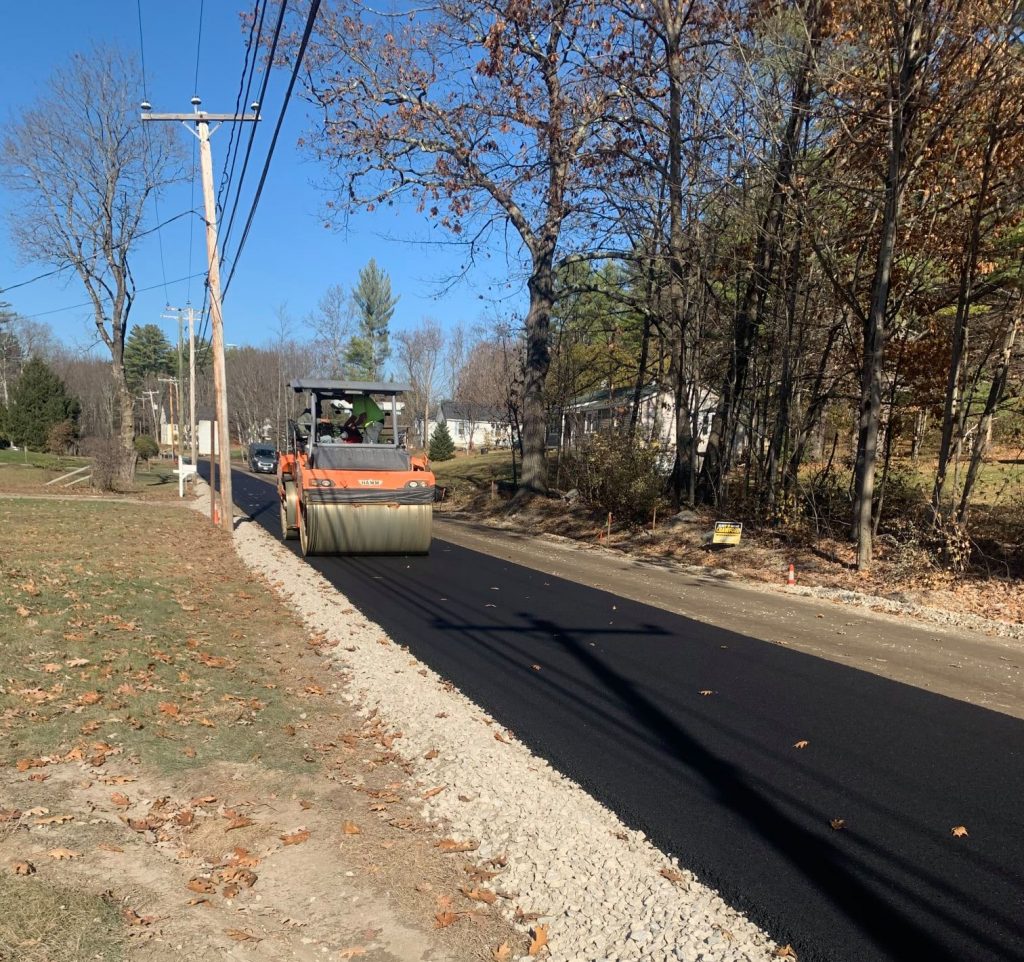 The project consists of the construction of a 1.0-million-gallon capacity glass-fused-to-steel water storage tank with associated piping and appurtenances, electrical work, a tank mixing system, and site work.  Other work included the decommissioning and demolition of the pre-existing 500,000-gallon capacity welded steel water storage tank at the site.

The tank will be brought on-line in January, 2020 and all site work will be completed in the spring.

Tata & Howard was contracted to provide design, construction administration and resident project representation for the replacement of 588 lead services in Newton, MA.
Although the water that services the City is not corrosive, replacing lead services is a cautious and preventative measure to avoid lead from potentially leaching into tap water via the service connection which is located from the water main to the meter.
Lead pipes are more likely to be found in older cities and homes built before 1986. As such, the affected lead services in Newton were installed between 1875 and 1915.
Of the 588 total services;

Prior to the construction phase of this project, Newton residents were notified about the City’s Lead Service Replacement Program (LSRP). Although not required, those wishing to participate in the program were able to take advantage of a ten-year, no interest payment plan through the City.
Under the LSRP, the City replaced, at its own expense, the portion of the water service pipe which was within the public way from the street line in front of the homeowner’s property, to the City water main. The homeowner then had the option to replace the portion of the water service pipe that ran from their meter to the property line.
Tata & Howard scheduled construction and coordinated with the residents who elected to participate in the LSRP. Crews from C.J.P & Sons Construction worked to excavate the properties and remove/replace the water service pipes. In most cases, limited excavation of homeowner property was needed.
When the project reached completion, 427 total services had been replaced. 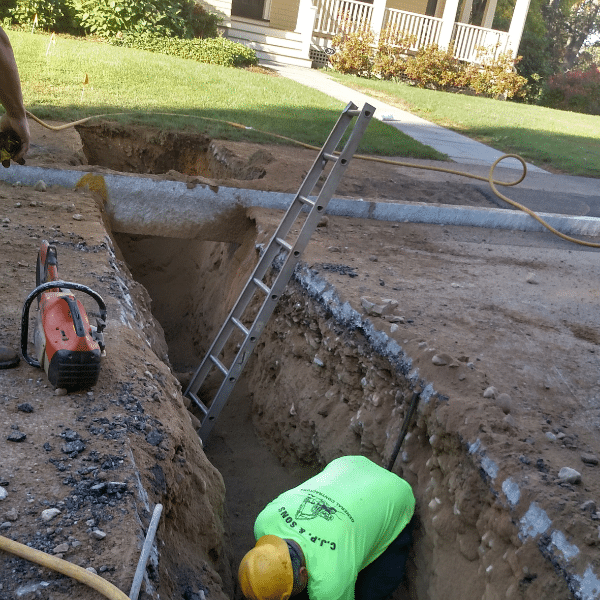 The City of Marlborough, MA (home of T&H headquarters) contracted Tata & Howard for the design, pre-construction services, construction administration and resident observation of approximately 1,200 lead water service connections.
Until 1944, lead was widely used in service lines and is quite common in many of the older cities and towns in Massachusetts.
Lead pipes currently placed between the streets and homes of identified Marlborough residents will be replaced with copper pipes in five phases – each phase consisting of approximately 250 homes.
Tata & Howard will be involved in each phase, reviewing tie cards, attending field surveys to determine what each service placement will entail, and advising contractors on the quantity of pipes to be installed in each location.
Although lead is known to be  a major health risk to children and pregnant women, the supplier of Marlborough’s water, Massachusetts Water Resources Authority (MWRA), treats all water to reduce lead from getting into drinking water. Tata & Howard was contracted to provide design, construction administration and resident observation for the installation of 18,000 linear feet (approximately 3.5 miles) of 16-inch ductile iron water main in Falmouth, MA. Water main replacement will be in Main Street and Route 28. That is, from the intersection of West Main Street and Locust Street, to the intersection of Teaticket Highway and Oxbow Road.
New water main will be replacing the town’s 10-inch cast iron water pipes that were originally installed in 1898. Falmouth’s 121-year-old water infrastructure has stood strong for more than a century; however, it has become clear that it’s nearing the end of its useful life and approaching the age at which it needs to be replaced. Evidence of this can be seen in the three water main breaks that have occurred since August of 2018. In addition, the original water main is hydraulically deficient and needs to be up-sized to meet the increasing demands in the system.
Construction began at the beginning of April and continued up until Memorial Day of this year. Construction was placed on hold during the heavy tourist months in Cape Cod and will resume after Labor Day. Project completion is expected in 2021. 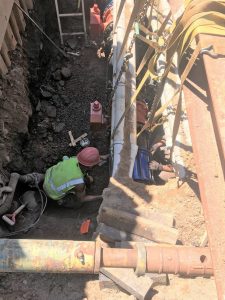